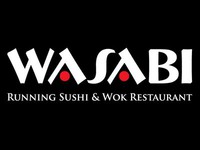 When we opened our restaurant in Debrecen a lot of local were just watching and had absolutely no idea about it. But the time has proven us: the locals got to like sushi, the originality of Korean foods and the spicy Thai meals.

Wasabi is undeniably the ambassador of the Asian/Far Eastern gastronomy in Hungary.  We have more than 10 years experience in hospitality, five restaurants in Budapest, one in Debrecen as well. We contributed to familiarize  the Japanese, Korean and Thai cuisine with many of our guests/with Hungary. Thanks to the co-operation of our Japanese and Hungarian chefs we not only made sushi available but also lovable for many European (sztem ide nagyon kellett volna a vendég a magyarban is). We believe int he authenticity of Asian cuisine: you can feel this belief in our foods no matter if it is an original  Japanese, Korean course or a Thai fusion delicacy.